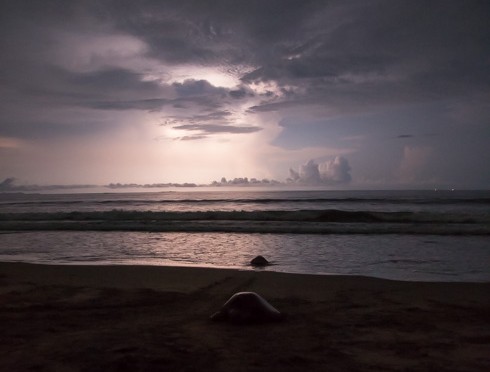 Granada leaving a little late , we would have stayed longer than either Granada or hotel .
Good 15 min walk on bumpy roads to get to the market to take the bus to Rivas .
In the bus talking with a guy , you say that as long than done much sleep directly on the island , suddenly arriving in Rivas , we take a taxi to the port, there we took an overloaded lancha where each wave coming in the boat with on the girls feet.
Arrived after one hour, we take the bus in the rain to join a hotel we were advised in San Juan, the Finca Venecia .

The place is nice on Lake Nicaragua with one of the two volcanoes on the island at the back, we come by against it was almost dark and you have to eat in the hotel restaurant that is out of price.

The next day we did a tour of the island with a guide, we start with the Chaco verde reserve which is a few meters from the hotel , we arrived just devoured by mosquitoes , the walk lasts an hour and a half and is great, you are alone in the park , you meet a lot of howler monkeys , birds , small parrots. 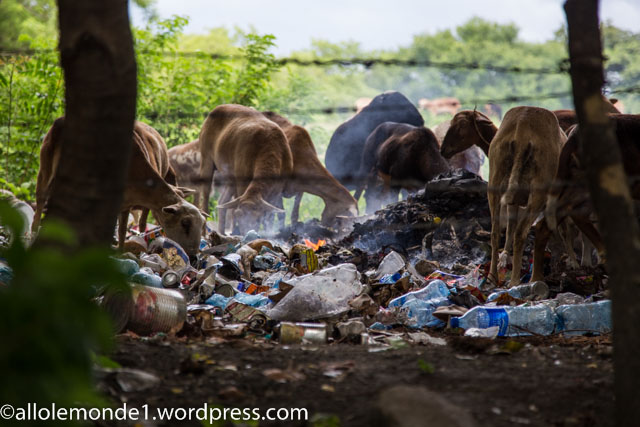 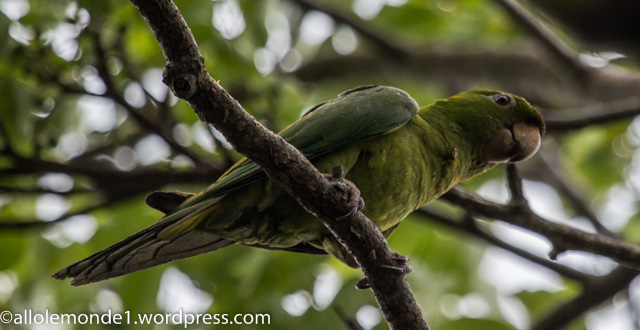 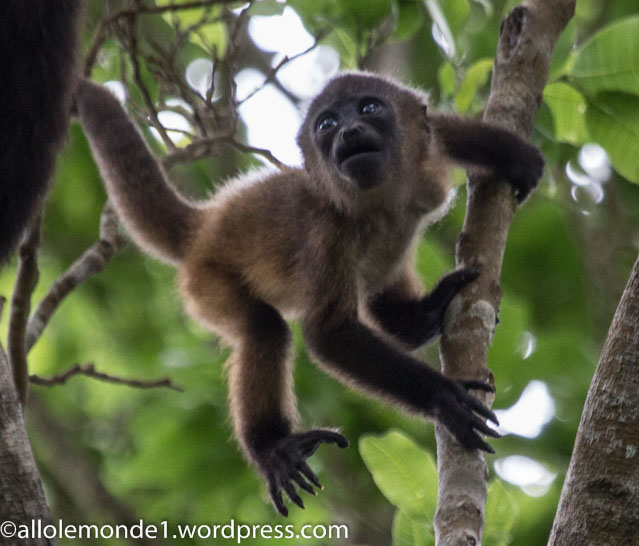 Then we will see petroglyphs that is good quick , then went to ojo de agua , a natural water pool, super friendly and very refreshing 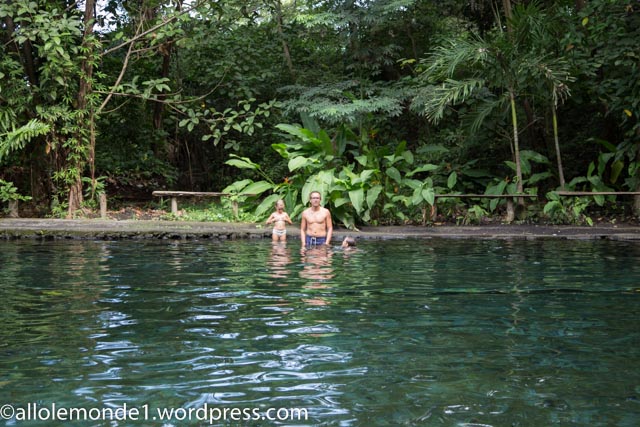 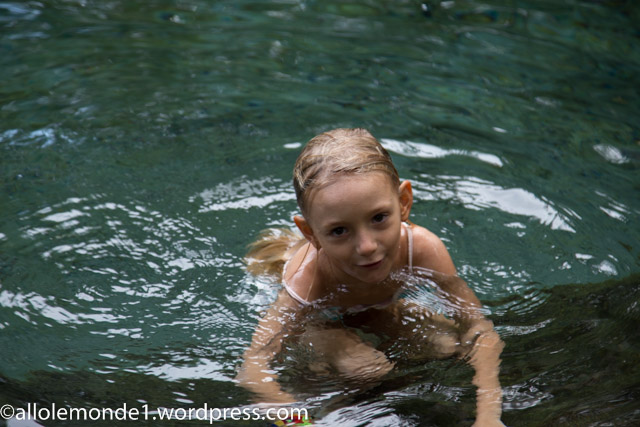 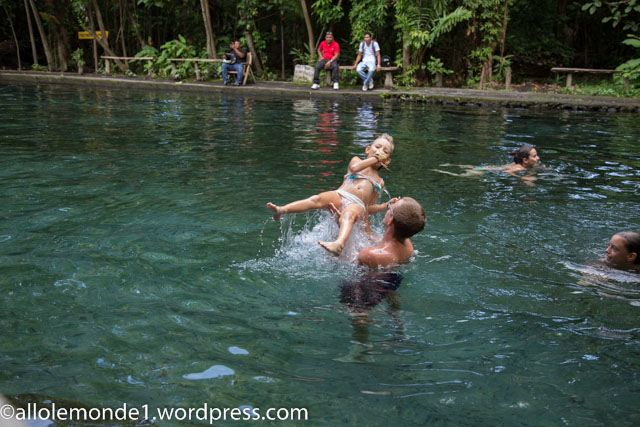 It was lucky the next morning to see the island a little more clear , starting early morning. 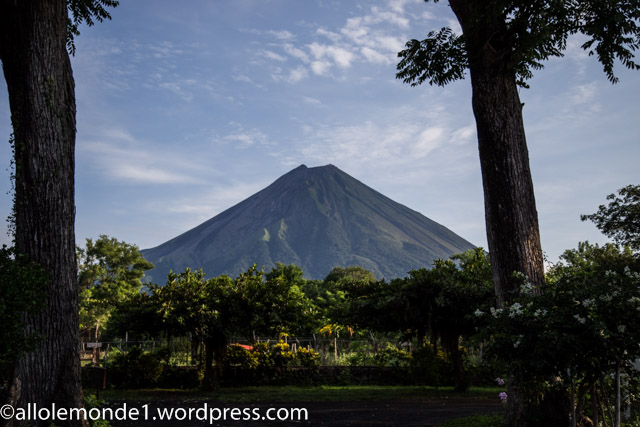 The Ometepe Island is very touristy, expensive, activities are nice .

The next day we take two buses to San Juan del Sur.
A gentleman of a certain age approaches us right out of the bus and offers us a home, cool for 25 dollars was a small 3 rooms just few steps from downtown.

The beach is nice but polluted by discharges of the city, we reserve a tour to see the turtles laying with casa oro.

In the evening, we went with a group of twenty people in a truck to the beach of la flor, 20 km away but 1 hr drive.
The flor is one of seven beaches in the world where the olive ridley, endangered turtles lay eggs comes, we are at the best time yesterday more than 6,000 turtles came to nest on the beach.

We first saw a video on turtles to explain their mode of reproduction and the dangers they incur including egg thieves.

We come on the beach, luckily the moon illuminates well, we are all equipped with red lamps not to frighten the turtles.

And there are waves that we see turtles arrived, there was one going up and those who return to the sea.

It was also lucky to have the storm that broke off, suddenly the show is impressive. 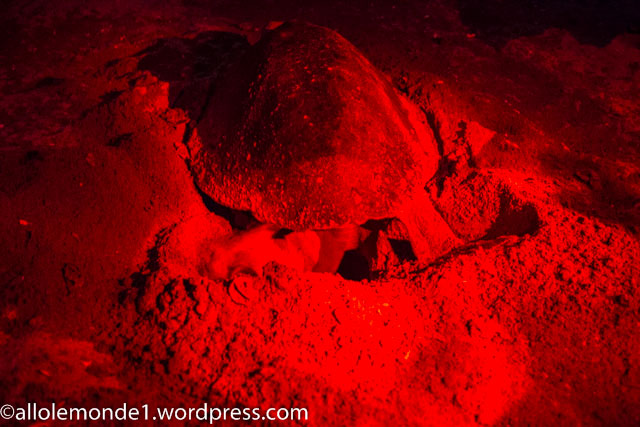 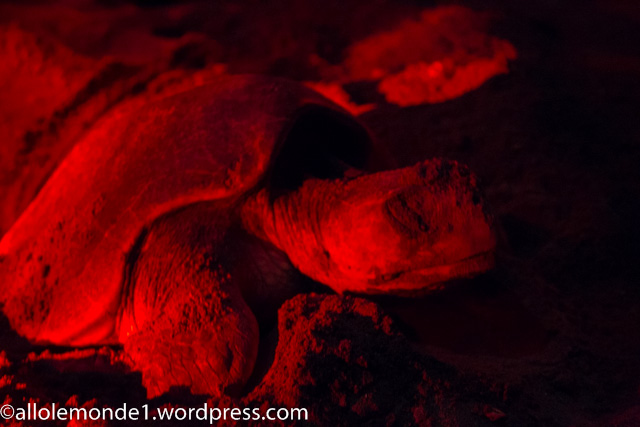 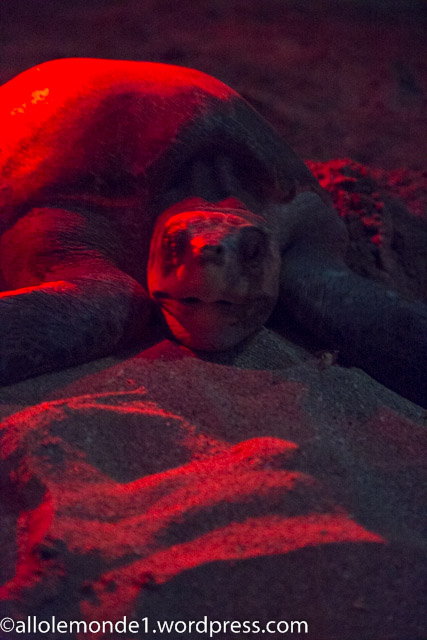 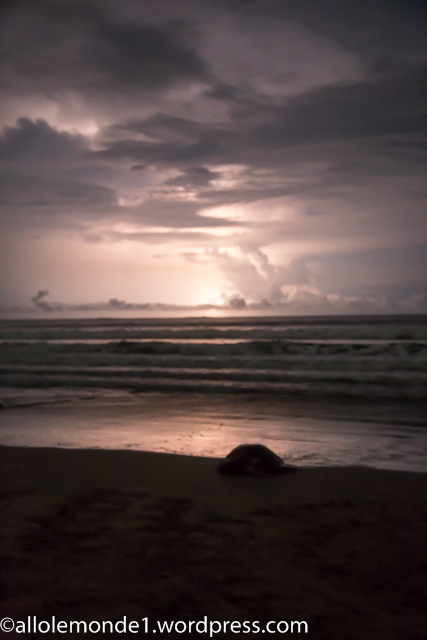 Returning girls fall asleep , it does not matter tomorrow is day rest before leaving for Costa Rica .

By cons , galley camera shows signs of weakness, suddenly we will probably see a repairman in Costa Rica , as already messing wide angle lens and I have to fix it, right the way I managed to break a circuit board and suddenly autofocus kidding, never mind manual we will do is not a problem for a large angle.